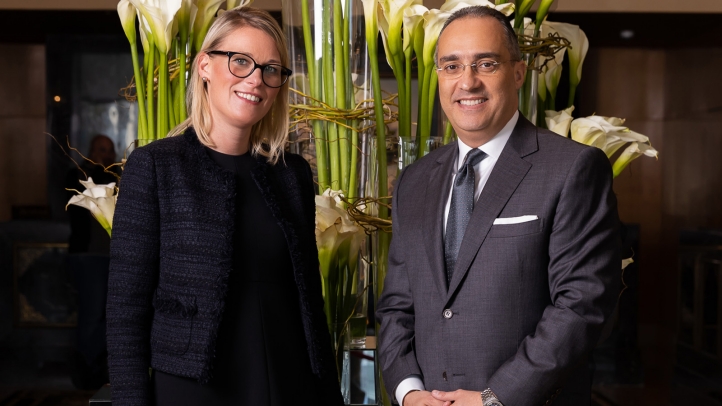 Born and raised in Germany, Mitlmeier has come a long way from her beginnings as an apprentice in the food and beverage industry. Following her Diploma in Hospitality Management from Cologne, Mitlmeier obtained her MBA from Danube University Krems in Austria before embarking on her impressive career that took her from her home country Germany to Austria, Bahrain, Kazakhstan and most recently Japan.

She joins Four Seasons Hotel Beirut from The Ritz-Carlton, Tokyo where she held the position of Executive Assistant Manager.  Prior assignments include senior positions with Ritz-Carlton, Almaty, the Adlon Kempinski Berlin as well as several renowned luxury hotels across Europe, Asia and the Middle East.

In her new role, Mitlmeier will oversee the day-to-day operations of the 25-storey Hotel, including managing 230 luxury guest rooms and suites, the spa, five distinct restaurants and lounges, and will focus on strengthening the extraordinary services of Four Seasons Hotel Beirut while creating lifetime memories for its guests.

“Cornelia’s leadership skills, diverse experience and strong food and beverage background makes her the ideal candidate to lead our team at these exciting times, as we embark on several renovation projects at the Hotel,” says Rami Z. Sayess, Regional Vice President and General Manager of Four Seasons Hotel Beirut.

“Beirut is a city known for its hospitality, diversity and rich cultural heritage. I’m very excited to be here and be part of the Four Seasons Hotel Beirut family,” says Mitlmeier. “I look forward to working with the team to deliver the world-renowned Four Seasons service and premium standards of luxury to our discerning guests.”

Though hotel work is Mitlmeier’s primary passion, it isn’t her only one, as she enjoys playing the piano and practicing yoga in her free time.