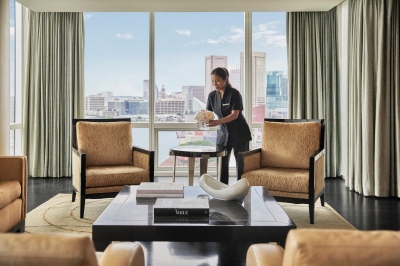 The online site is the global authority in rankings and consumer advice and the “Gold Hotel” badge represents the top 10 percent of all ranked luxury hotels in the United States.

“We are honoured to be named the #1 hotel in Baltimore and the state,” says Beverly Magee, General Manager of Four Seasons Hotel Baltimore. “This recognition is a testament to the passion and dedication of our team of hospitality professionals who go above and beyond every day to provide the highest level of care and personalised five-star guest service that truly sets our Hotel apart.”

The annual Best Hotels rankings evaluate more than 30,000 luxury hotels and resorts across the United States, Europe, Canada, Mexico, Bermuda, and the Caribbean. The methodology accounts for each hotel’s industry awards with expert and guest sentiment, the combination of which helps determine each hotel’s rank.