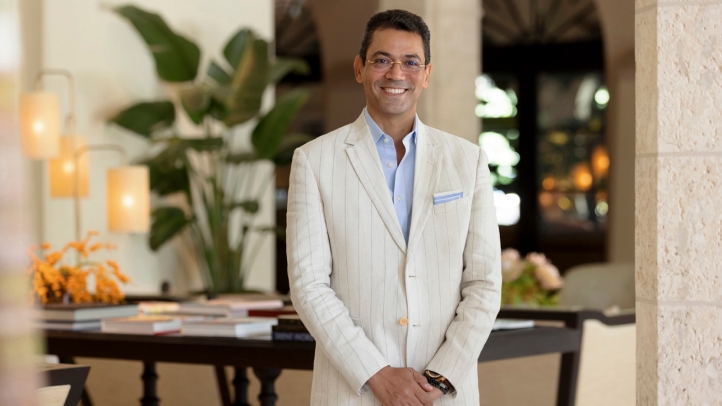 Surfside, Florida, USA, 2021-Oct-27 — /Travel PR News/ — Four Seasons Hotel at The Surf Club, Surfside, Florida – the legendary oceanfront hotel and residences known for its storied history and sophisticated allure – welcomes Haytham Said as Hotel Manager. With more than 20 years of Four Seasons experience and an unwavering commitment for the highest level of hospitality, Said arrived ready to deliver a new season of experiences and collaborations across the Hotel, spa, Lido Restaurant at The Surf Club, and The Champagne Bar.

“My journey has been unimaginable, and it hasn’t been about me. Rather, my journey is a product of the people around me and the company I feel honoured to be a part of,” says Said. He adds “I am deeply committed to Four Seasons and cannot see myself anywhere else. I have a lot left to learn and a lot more to offer and am looking forward to the extraordinary things still to come at my new home away from home at The Surf Club.”

Said’s extensive experience across diverse cities, cultures, and hospitality areas, all under the acclaimed Four Seasons marque has sharpened his natural eye for detail and grown his innate ability to anticipate needs and show genuine care for both guests and employees as a true Four Seasons ambassador.

A proud Egyptian, Said achieved a Bachelor of Science in Hotel and Tourism at the Higher Institute of Qualitative Studies in Heliopolis, Cairo; and later pursued a Master in Global Hospitality Management at Georgia State University. In his free time, he enjoys cooking Thai and Peruvian food, fishing, and watching his favourite team Liverpool football club.