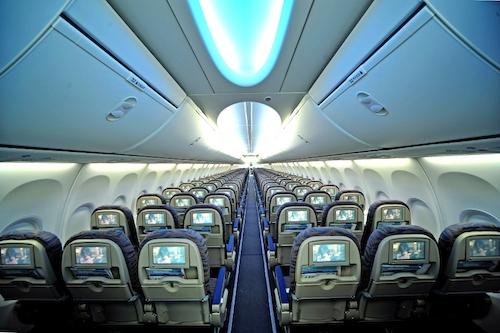 The carrier will equip its new Boeing 737 MAX 8 aircraft, scheduled to enter service in the second half of 2017, with Recaro Aircraft Seating’s global bestseller CL3710. The seat will reflect the maturity of the airline as well as the growing network it serves, ranging from Prague in the west to Bangkok on the east. The order builds on the successful relationship between flydubai and Recaro Aircraft Seating. Since 2008, flydubai has equipped its current fleet of 58 Next-Generation Boeing 737-800s with premium seats from the German seat manufacturer.

“Opting for Recaro Aircraft Seating when we launched our airline in 2008 has proved to be the right choice. The seats with their revolutionary design have substantially reduced the weight of our aircraft, resulting in lower fuel costs. We pass these savings on to our passengers through lower fares without compromising comfort on board,” said flydubai’s Chief Executive Officer, Ghaith Al Ghaith, about the new order. “We are excited to continue our collaboration with Recaro Aircraft Seating on the CL3710 seats for our new aircraft. They will enhance the overall experience on board with added comfort, functionality and aesthetics, that complement our newly redesigned cabin interior.”

The CL3710 economy class seat reflects Recaro Aircraft Seating’s Ingenious Design with the perfect combination of ergonomics, function and aesthetics. Weighing less than 12 kilograms, it is one of the lightest seats in its class and stands out with its numerous comfortable features. For example, the six-way adjustable, ergonomic headrest has the ability to tilt horizontally, offering passengers outstanding comfort through optimal neck support.

“flydubai and Recaro have been trusting and successful partners for many years. We are extremely pleased about the opportunity to continue our partnership with this major order for CL3710 economy class seats. We are proud to contribute to the success of flydubai’s continuously expanding fleet,” said Dr. Mark Hiller, Chief Executive Officer and Shareholder of Recaro Aircraft Seating.

Dubai-based flydubai strives to remove barriers to travel and enhance connectivity between different cultures across its ever-expanding network. Since launching its operations in 2009, flydubai has: