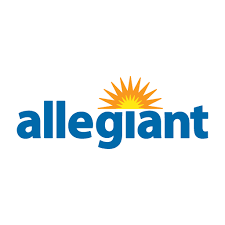 “I am thrilled to announce John Redmond as the next CEO of Allegiant,” Gallagher said.  “As a fifteen-year Allegiant board-member, and president of the company since 2016, no one understands the vision and strategic direction of Allegiant better than John.  In truth, John’s promotion to CEO, and my step to executive chairman simply formalizes title changes that have been working in practice for the last several years.  I am confident under his leadership, Allegiant will continue to remain atop the industry in profitability, innovation, and customer excellence and I look forward to supporting John and the company in my new role.”

Gallagher also noted this transition will create opportunities for upward mobility within the company, further enabling continuity among executive management as Allegiant executes on its planned growth strategy.

“I am honored to be named the next CEO of Allegiant Travel Company,” Redmond said. “Under Maury’s transformational leadership, Allegiant has evolved from a single airplane airline to a fully-integrated travel company and completely redefined how consumers think about leisure travel.  I could not be more excited about the opportunities ahead. The strategy, model, and plan are firmly in place and combined with our exceptional management team, there is no limit to what we can accomplish.  I am grateful to Maury and the board of directors for their confidence and trust in me and I look forward to building on Allegiant’s successful track record.”

As president and CEO, Redmond will lead a dynamic executive management team with a combined 50 plus years of experience at Allegiant.  Under the guidance and direction of this team, supported by a deep and wide bench of talented industry professionals, Allegiant has consistently been one of the most successful airlines in the United States, posting an exceptional record of profitability.  As executive chairman, and the company’s largest shareholder, Gallagher will continue to remain actively involved in the strategic direction of the company.

Long regarded as a disruptive innovator in the airline space, Gallagher has spent more than four decades developing and building successful airline business models, culminating with Allegiant.  When Gallagher took control of Allegiant in 2001, it had one airplane and was just emerging from bankruptcy.  From there, Gallagher has grown the company into one of the most profitable airlines in the world with more than 110 aircraft, operating 600 plus routes across more than 130 cities in the United States.

Redmond has served on Allegiant’s board since 2007 except for a one-year hiatus in 2013 as he pursued an opportunity in Australia.  His appointment to CEO follows more than five years as president of Allegiant, where he had responsibility for all commercial and operational aspects of the company.

Prior to joining Allegiant full-time, Redmond spent more than three decades in the hospitality industry. He held positions at the highest levels of some of the world’s largest and most recognizable hotel and gaming operators, including serving as president and chief executive officer of MGM Grand Resorts, LLC.  Redmond currently serves on the board of directors of Vail Resorts Inc.

Allegiant – Together We Fly™

Las Vegas-based Allegiant (NASDAQ: ALGT) is an integrated travel company with an airline at its heart, focused on connecting customers with the people, places and experiences that matter most. Since 1999, Allegiant Air has linked travelers in small-to-medium cities to world-class vacation destinations with all-nonstop flights and industry-low average fares. Today, Allegiant’s fleet serves communities across the nation, with base airfares less than half the cost of the average domestic roundtrip ticket. For more information, visit us at Allegiant.com. Media information, including photos, is available at http://gofly.us/iiFa303wrtF