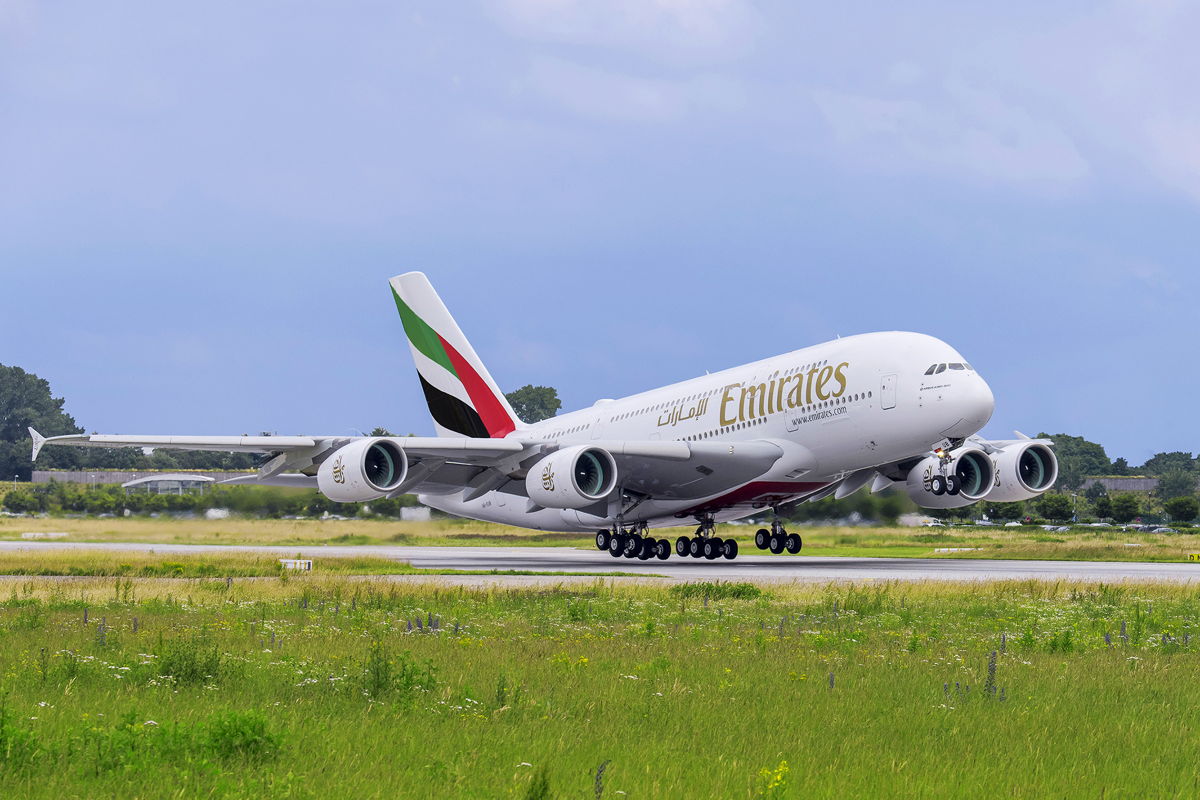 DUBAI, U.A.E., 2018-Dec-19 — /Travel PR News/ — Emirates today (17 DECEMBER 2018) announced it will introduce a daily A380 service for a temporary period between Glasgow and Dubai from 16 April 2019.  It will be the first time the popular double decker aircraft will operate on a scheduled basis to Scotland.

The larger capacity A380 will replace Emirates’ current twice daily Boeing 777 service between Glasgow and Dubai from 16 April until 31 May 2019, during which time Dubai Airports plan to close Dubai International’s (DXB) southern runway for upgrade works, and the single runway operations require airlines to reduce and adjust their operating schedules. The deployment of the A380 is to minimise the reduction of Emirates’ capacity from Glasgow to Dubai and beyond during this period.

The A380 flight will depart Dubai at 1450hrs and arrive in Glasgow at 1945hrs, while the return flight will leave Glasgow at 2130hrs and land in Dubai at 0755hrs the next morning.

From 1 June until 30 September, the double daily service will be reinstated on the route, with the A380 operating on the first flight of the day, and a Boeing 777 on the second, increasing capacity on the route during this period to meet seasonal summer demand.

Thereafter, the service will revert back to a twice daily Boeing 777 operation. Launched in October this year, Emirates also offers a daily service to Edinburgh, bringing to three the number of daily flights between Scotland and Dubai.

The Emirates A380 will have a three class cabin configuration, offering 14 private suites in First Class, 76 lie flat seats in Business Class, and 399 spacious seats in Economy Class. Customers travelling to and from Glasgow on the A380 can look forward to more space across all classes, while enjoying Emirates’ famed hospitality and service from its multi-national cabin crew, award winning entertainment system, ice, with over 3500 channels of on demand audio and visual entertainment, Wi-Fi and complimentary meals and beverages.

Emirates first operated the A380 to Glasgow as a one off in April 2014, when the airline celebrated 10 years of successful operations to the city. This year also marks the 10th year of Emirates’ A380 operations. With an A380 fleet of 108, and with 54 additional aircraft on order, Emirates is the largest operator of A380s in the world.

We inspire travellers around the world with our growing network of destinations, industry leading inflight entertainment, regionally inspired cuisine and world-class service. Find out more.