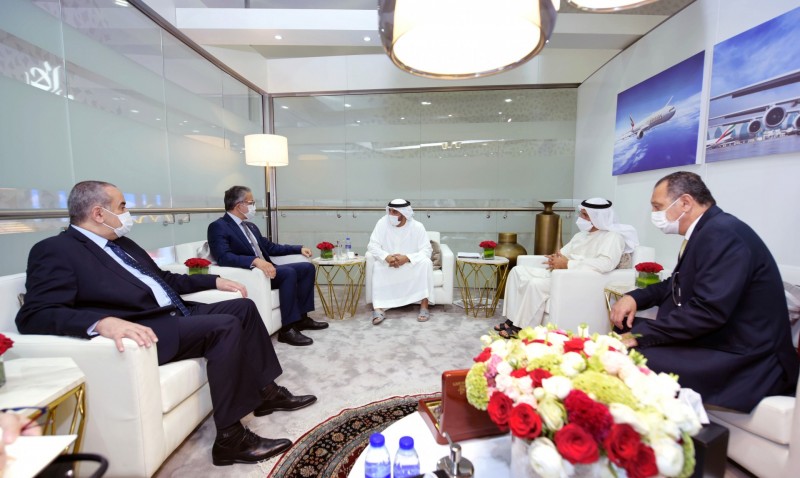 During the visit, the dignitaries explored opportunities to increase tourism flows between the UAE and Egypt. The delegation also discussed Emirates’ services to Egypt, and the airline’s ongoing contribution to the recovery of trade and tourism in the country.

Emirates resumed its services to Cairo in June 2020, and quickly ramped up its services just two months later with the deployment of its flagship A380 aircraft. The airline currently operates twice daily A380 flights to Cairo to meet consistently high passenger demand as part of its 21 weekly services to the Egyptian capital, enhancing connectivity between the UAE and Egypt and beyond to the airline’s network of over 90 destinations.

During the COVID-19 pandemic Emirates SkyCargo helped transport urgently required medical supplies and food in and out of Egypt. The airline continued to provide connectivity to local businesses and helped facilitate exports including thousands of tonnes of food and perishables from Egypt bound for the Middle East and Europe, contributing to the local economy. During the same period, Emirates SkyCargo also helped with the import of pharmaceuticals into Egypt, including the COVID-19 vaccine.

Emirates has been serving Egypt since 1986, and since then almost 8.4 million passengers have travelled to and from Cairo on Emirates.