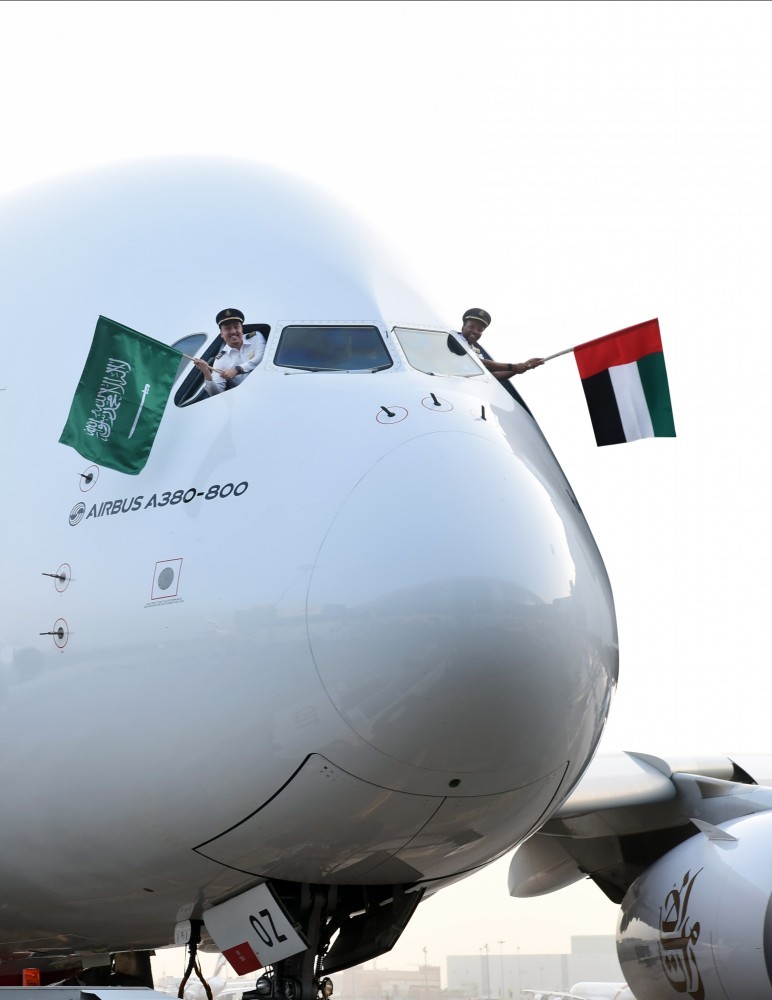 Dubai, UAE, 2020-Feb-14 — /Travel PR News/ — Emirates is celebrating a milestone in its operations to The Kingdom of Saudi Arabia, marking 30 years of service to Riyadh. Since the first Emirates flight between Riyadh and Dubai in February 1990, and the airline has carried over eight million passengers on the route, demonstrating the strong links between the Kingdom of Saudi Arabia and the UAE.

Riyadh is one of Emirates’ key gateways in Saudi Arabia. The route began with two services a week utilising a Boeing 727 aircraft, and in 1997, the service was upgraded to the larger Boeing 777. In 2009, the service became daily due to high demand. Demand progressively grew and in 2011, the daily service was upgraded to twice daily, in 2012 to three daily and in 2013 to four daily services. Emirates currently serves one of its daily flights to Riyadh with its latest Boeing 777-300ER aircraft fitted with the ‘Game Changer’ First Class suites and another daily flight with its flagship A380.

Adil Al Ghaith, Senior Vice President Commercial Operations Gulf, Middle East & Central Asia said: “Riyadh is a major market for Emirates in The Kingdom of Saudi Arabia and region. We are embarking on a real milestone as we celebrate 30 years of service to the Kingdom’s capital and we take great pride in the role we play in providing global connectivity both for business and leisure passengers through Dubai.”

Al Ghaith continued: “Over the past three decades, we have introduced new products to Riyadh and provided award-winning inflight and on ground experiences to travellers. We’ve operated a special one-off A380 service twice to Riyadh in celebration of the Kingdom of Saudi Arabia’s National Day. We also showcased flagship Airbus A380 last year at the first ever Saudi International Airshow and we currently serve Riyadh with our ‘gamechanger’ Boeing 777-300ER and another daily flight with our iconic A380, which has proved very popular with customers.”

Emirates SkyCargo has also played an important role in connecting KSA to the world. In the past five years, Emirates’ flights to and from Riyadh carried over 138,000 tonnes of cargo. Currently, major cargo imports and exports include general cargo, chilled meat, electronic equipment and personal effects.

Emirates’ popular loyalty programme, Emirates Skywards, brings its 574,000 Saudi members value, choice and flexibility, and the programme continues to expand in the Kingdom as passenger demand increases. Saudi travellers frequenting Dubai can accrue more Miles by downloading and using Skywards Everyday, a location based app. It gives Emirates Skywards members the power to earn Skywards Miles anytime, every day at more than 1,000 retail, entertainment and dining outlets across the UAE and with over 250 international brands. Members can see their Skywards Miles racking up in real-time, which they can spend instantly on flights, upgrades and more.

Onboard, Emirates passengers can experience its renowned in-flight service from multi-national cabin crew. The airline provides its customers with a host of culinary offerings prepared by gourmet chefs, including popular Gulf dishes such as Kabsa and Machbous. Passengers on all Emirates flights can enjoy multi award-winning ‘ice’ with up to 4,500 channels of movies, TV programmes, music and podcasts, including over 300 channels of Arabic entertainment.