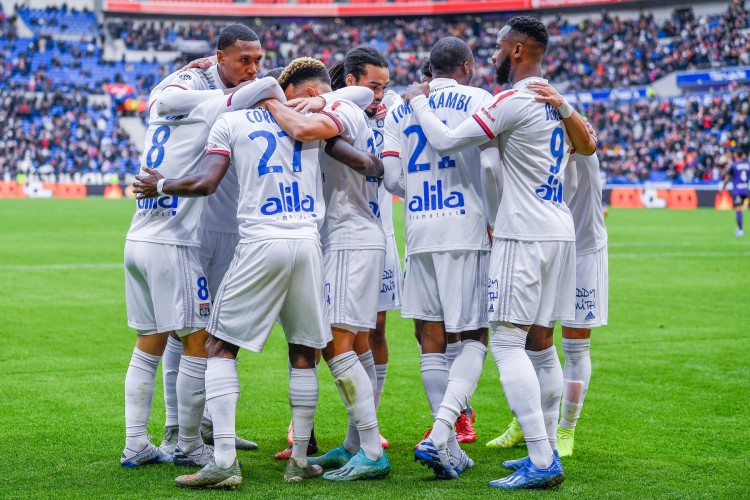 The iconic Emirates “Fly Better” logo will appear on the front of the OL team’s training kits and playing jerseys for all the club’s matches, including the French Championship and European Cup until June 2025. In addition to being shirt sponsors, the agreement will provide Emirates with highly visible branding across Groupama Stadium, as well as hospitality, ticketing and other marketing rights.

Commenting on the new partnership, Emirates Group Chairman and Chief Executive, His Highness Sheikh Ahmed bin Saeed Al Maktoum said: “It has been Emirates’ long-standing strategy to engage and connect with our customers across the world through sports. With Olympique Lyonnais, we’ve found a partner that mirrors our “Fly Better” brand promise of striving to achieve the highest levels of success, and there is already a connection between Lyon and Dubai with Emirates’ daily flights between both cities. This partnership is more than just a commercial deal, but also reinforces Emirates’ investment and economic contribution to both the Lyon region, and France as a whole, a country where we have been present for nearly three decades.

“We are thrilled to have Olympique Lyonnais, a team that resonates with fans both locally and globally, join our prestigious Football sponsorship portfolio.”

Olympique Lyonnais has one of the best football records amongst French clubs and have taken part in the European Cup for 23 consecutive years. The team’s consistency, sportsmanship, and loyal fan following were instrumental in Emirates’ decision to join forces with the team.

Jean-Michel Aulas, President of the Olympique Lyonnais said: “The arrival of Emirates represents an incredible opportunity for our club and our city. We are delighted to be accompanied by a true world-class leader. Emirates embodies elegance and quality of service and is a premium brand with a proven track record in football and sports sponsorship. This long-term partnership is an excellent opportunity for both our brands. We are grateful to the Emirates team for their confidence in us and look forward to working together.”

In addition to the team’s global appeal, Lyon as a destination was also a major factor in the partnership. Regularly ranked among the top European cities, Lyon is flourishing as a destination, from both an economic and tourism standpoint. Emirates was the first airline to connect Lyon to the United Arab Emirates, and more broadly to the Middle-East, Eastern Africa and the South Asian subcontinent via Dubai when it launched direct flights to Lyon in 2012.

This partnership reinforces Emirates’ commitment to the Rhône Alpes region, and its contribution towards economic growth by connecting Lyon with to some of the world’s fastest growing economies across Emirates’ vast network of 158 destinations.

Emirates and Olympique Lyonnais will work together to reach fans across the globe and build on the team’s incredible success.

Aside from partnerships with some of the biggest clubs in football, Emirates is also a leading partner of sporting events across golf, tennis, rugby, cricket, horse racing and motorsports.

The Emirates story started in 1985 when we launched operations with just two aircraft. Today, we fly the world’s biggest fleets of Airbus A380s and Boeing 777s, offering our customers the comforts of the latest and most efficient wide-body aircraft in the skies. We inspire travellers around the world with our growing network of worldwide destinations, industry leading inflight entertainment, regionally inspired cuisine, and world-class service.

Football club founded in 1950 and chaired by Jean-Michel Aulas since 1987, Olympique Lyonnais has won 21 titles (including the record of 7 consecutive Champion titles) with the club’s men’s team, which again qualified for the 8th finals of the UEFA Champions League 2020 against Juventus for its 23rd consecutive participation in a European competition, and 28 with the women’s team (13 consecutive titles of French champions, 8 French cups and 6 UEFA Women’s Champions League, including the last 4). This approach of parity is also found in the creation of its mixed Academy.

Since the inauguration of its new stadium in January 2016, Olympique Lyonnais has, like the major European clubs, a 100% private ultra-modern and multifunctional enclosure, open 365 days a year, which is part of a Full Entertainment strategy, offering sports, artistic, cultural and corporate activities.