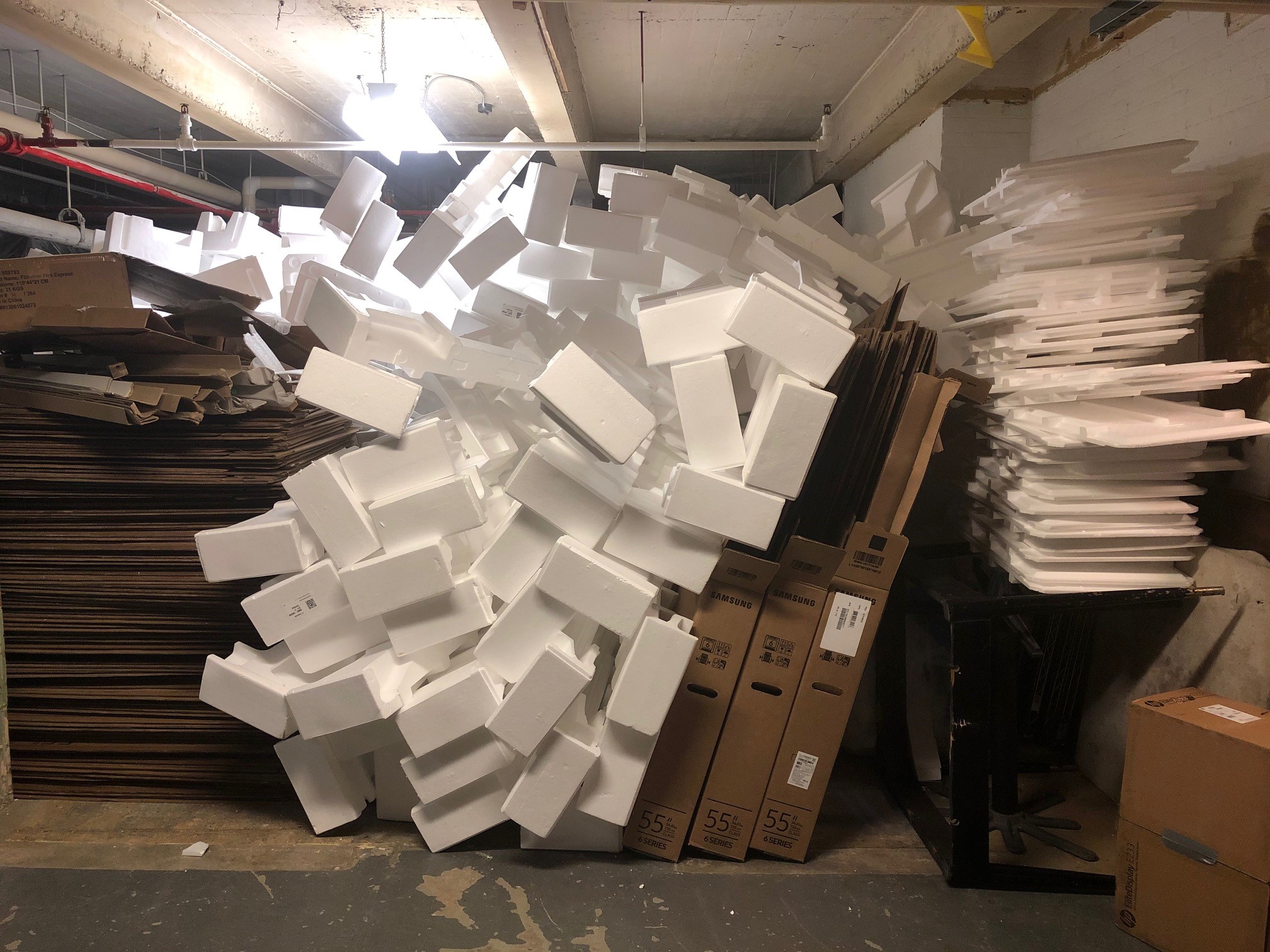 Foreseeing the amount of cardboard and Styrofoam that the TV packaging would produce, Heather Coton, environmental manager and executive assistant to the general manager, found a company that recycles white bead board Styrofoam and other materials. Thermal Foams (which has locations in Buffalo, Rochester, Syracuse, Albany and Pittsburgh) grinds the Styrofoam and turns it into Styrofoam insulation board.

Coton, along with Delaware North associates Deanna Kirk and Shelly Lindsey, bagged 195 pounds of Styrofoam, broke down the cardboard boxes, rented a U-Haul and drove to Albany to drop off the materials. Coton calculated that with the truck rental fee and gas, it came out to $1.25 per TV.

“Considering we would have paid for extra dumpster pickups or a roll-off dumpster, the cost was minimal,” said Coton. “We did the right thing by choosing to recycle instead of sending it to the landfill.”

One of the hallmarks of Delaware North across the company’s operations is the focus on stewardship and corporate social responsibility. GreenPath®, Delaware North’s proprietary stewardship platform, helps ensure the company carefully manages its environmental impact and positively contributes to the communities it serves.