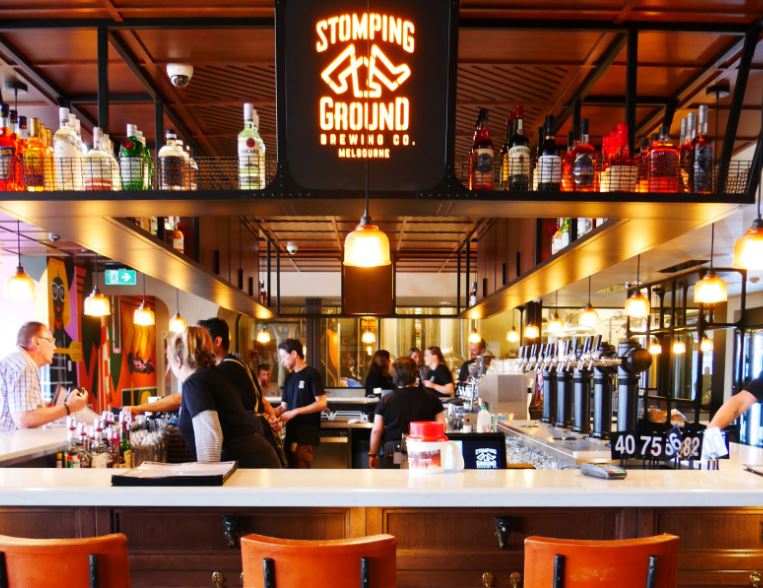 Buffalo, N.Y., 2020-Feb-10 — /Travel PR News/ — Stomping Ground Brewing Co. this week opened its new brewery and beer hall at Melbourne Airport – the first working brewery inside an airport in Australia, and only the fourth in the world.

Located in Terminal 3 at Melbourne Airport, where Delaware North has operated food and beverage services since 1990, Stomping Ground will have 30 taps pouring a wide range of beers brewed on site and at the company’s main brewery in Collingwood.

Each year up to 30 different beers will be brewed on-site, so frequent travelers can experience new flavors every time they travel.

“Delaware North is thrilled to be partnering with Stomping Ground Brewing Co on their exciting new brewery and beer hall in Melbourne Airport,” said Gary Brown, Delaware North’s managing director for Australia and New Zealand. “This fantastic concept further enhances the excellent range of authentically-Melbourne dining and drinking options already available to passengers at Melbourne Airport, and provides travelers with a unique taste of the city’s outstanding food and craft beer scene.”

“We’re incredibly excited to be representing Melbourne’s thriving independent brewing scene, and joining some of the city’s best food and drink operators at our own airport,” Stomping Ground co-founder Justin Joiner said. “We’ll be tapping new beers most weeks, so there could well be a new beer added between when you depart and arrive home.”

The first beer brewing at the new airport location is the Australian Resilience Beer, a pale ale being brewed by brewers both locally and internationally with all money raised going to a diverse range of charities in the wake of the unprecedented bushfires in Australia.