To expand their tourist markets along high-speed rail routes, enhance regional cooperation in tourism, promote tourism products and routes of the three destinations as well as build up their image as a regional travel destination – “Fragrant Hill in the past; Zhongshan, Zhuhai and Macau today”, the three tourism offices co-organized activities to promote their destinations in Zhengzhou and Wuhan, two cities situated along the High-speed rail routes on the Mainland; and they formed trade delegations from the three destinations to take part in the events.

The three tourism offices co-hosted “Zhongshan/Zhuhai/Macau Tourism Presentation and Networking Luncheon (Zhengzhou)” for the first time in Zhengzhou, the provincial capital of Henan on 27 May, and will hold “Zhongshan/Zhuhai/Macau Tourism Presentation and Networking Dinner (Wuhan)” once again in Wuhan, the provincial capital of Hubei on 28 May. The two events have invited around 200 representatives of the tourism trade from Henan and Hubei in total.

Zhongshan, Zhuhai and Macau share the same root of profound culture and history. In the recent eight years, the three cities have aspired not only to share the same tourist markets and resources but also together enhance their regional image as a whole. Under such principle, the three destinations have co-hosted promotional events to expand their tourist markets as one regional destination.

You may also be interested in:  Canada Implements New COVID-19 Testing Requirements for Travelers from China, Hong Kong, and Macao

Since 2010, Zhongshan, Zhuhai and Macau have started promoting multi-destination tours together in various cities along high-speed rail routes. Hoping to seize the opportunity arisen from the inauguration of high-speed rail, the three tourism offices strenuously promote the three-destination itineraries and products among travel trade in the cities along the rail routes while strengthening communication and cooperation among industry partners from various destinations, seeking to encourage more visitations to Zhongshan, Zhuhai and Macau from the cities along and around the rail routes. 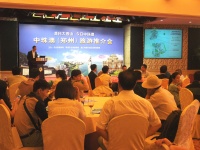