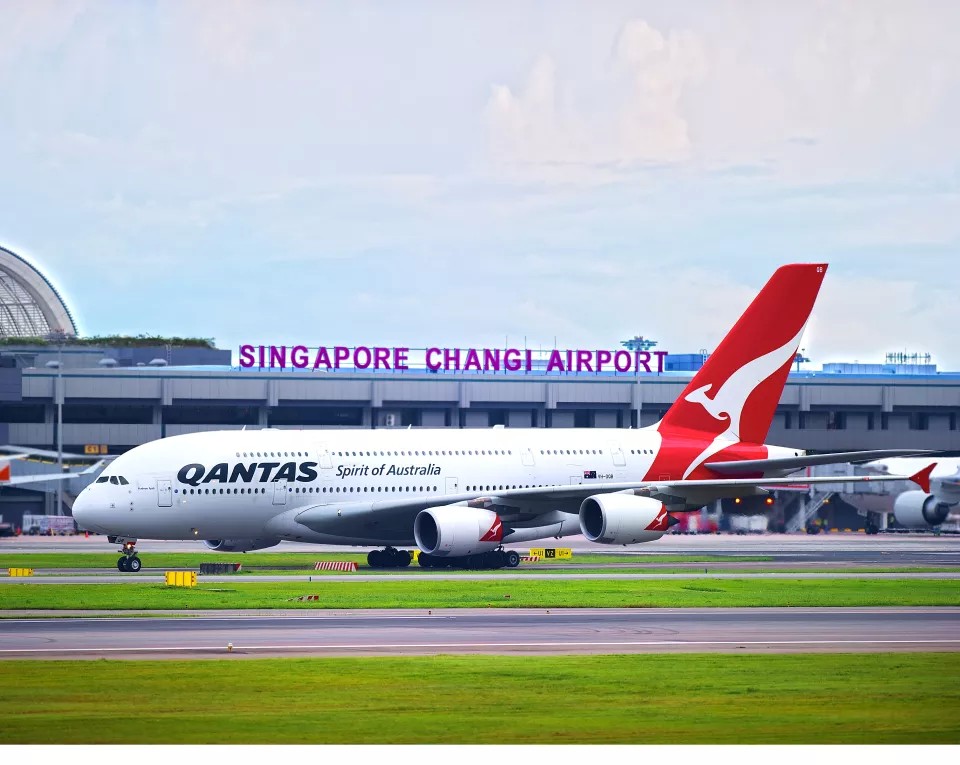 Singapore to become Qantas’ largest hub outside of Australia

Beginning 25 March 2018, Qantas will operate its daily Sydney-London service (QF1/QF2) via Singapore using an A380. At the same time, services to Melbourne will increase from 10x to 14x weekly, and will upgauge to a combination of A380 and A330 operations. The additional services will provide, at Changi Airport, an additional 3,806 one-way seats (+5.5%) on Singapore-Australia routes every week, and an additional 3,388 one-way seats (+18.3%) on Singapore-UK routes weekly.

Changi Airport Group’s Managing Director for Air Hub Development, Mr Lim Ching Kiat, said, “We are pleased that Qantas plans to launch a new Singapore-London service and increase seat capacity to Australia. This development secures Changi Airport as the most connected international airport to Australia, both in terms of the number of city links and seats, and strengthens our position as the region’s leading air hub.

“For passengers, there will be more flight options to Melbourne and London, both very popular destinations for Singaporeans. With Changi Airport as the preferred gateway for travel on the Kangaroo route, we look forward to welcoming passengers travelling between Australia and the UK. Both countries are among our top tourism source markets, and this development will spur visitor arrivals to Singapore.

“We also see more interlining opportunities for Qantas and its alliance and codeshare partners which operate at Changi Airport. We look forward to continue working with Qantas to explore new opportunities to boost its business and operations at Changi.”

Australia is among Changi Airport’s top five country markets in terms of passenger traffic, with more than 5.5 million passengers travelling between Singapore and Australia annually. For the first seven months of 2017, passenger traffic between the two countries rose 3.6% year-on-year to 3.3 million. During this period, Sydney and Melbourne were Changi’s 10th and 11th busiest routes respectively.

Qantas currently operates 38 services every week from Singapore to Brisbane, Melbourne, Perth and Sydney. This will increase to 49 services with effect from the North Summer 2018 season including the daily service to London.

Changi Airport is the world’s sixth busiest airport for international traffic.It served a record 58.7 million passengers from around the globe in 2016. Including the soon-to-be-opened Terminal 4, Changi Airport will have 400 retail and service stores, as well as 140 F&B outlets. With over 100 airlines providing connectivity to 380 cities worldwide, Changi Airport handles about 7,000 flights every week, or about one every 90 seconds.