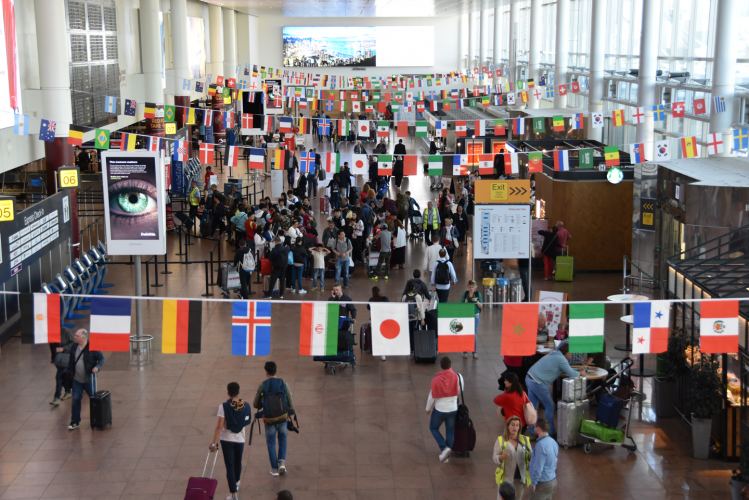 TUI fly is starting two weekly flights to Puerto Plata and thus further expands the range of flights to the Caribbean. In addition, TUI fly is offering a new weekly flight to Mombasa, a route that is combined with Zanzibar.

Three new destinations introduced in the summer season will also be operated during this winter season. Cathay Pacific is flying four times a week to Hongkong, Hainan Airlines twice a week to Shenzhen and Georgian Airways is operating 2 flights a week to Tbilisi.

In addition to the expansion with 8 new direct connections, the network from Brussels Airport is also strengthened with extra flights and greater capacity on a number of flights.

Aeroflot is, for example, increasing its flights to Moscow with a third daily flight. ANA, All Nippon Airways, is increasing the capacity on the daily flight to Tokyo by upgrading from a Boeing 787-8 to -9 with 215 seats, which offers 46 additional seats per flight.

As of January, Etihad Airways will also be increasing the capacity on its daily flight to Abu Dhabi, by operating a Boeing 787-9 with 299 seats instead of an Airbus A330, which implies an additional 37 seats per flight. The Boeing 787-9 of ANA and Etihad are amongst the most modern and ecological aircrafts of that type and benefit from lower airport charges for these types of aircrafts.