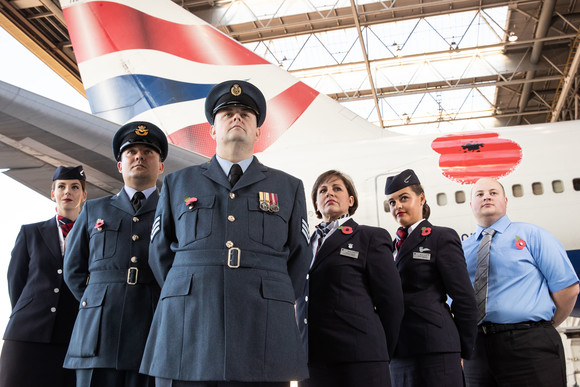 British Airways unveils a poppy decal on a Boeing 747 fuselage

LONDON, UK, 2018-Nov-08 — /Travel PR News/ — British Airways proudly unveils a poppy decal on a Boeing 747 fuselage, as a symbol of remembrance for the fallen.

In the centenary year of the end of the First World War, the 8ft by 8ft poppy will be displayed on the aircraft as it flies to numerous British Airways destinations around the world.

Tom Deary, a British Airways Engineer, Sergeant in 381 Squadron and a former RAF Aircraft Technician, said: “It’s important that our aircraft carries the poppy as it is a national symbol of remembrance, and as a national carrier we should take pride in remembering those that have fallen in all conflicts, new or old, for our country.

“We have many colleagues that have served or are still serving in Reservist or Cadet forces roles and it is also a thank you to them for their hard work and dedication to the country.”

Every year, Tom co-rallies 100 volunteers from across the airline, alongside members of the armed forces, to sell poppies at Heathrow.

Alex Cruz, British Airways’ Chairman and CEO, said: “We are so proud of the millions of people who represented Britain a century ago. Flying the poppy on our aircraft will help us carry the spirit of remembrance across the globe in their honour.”