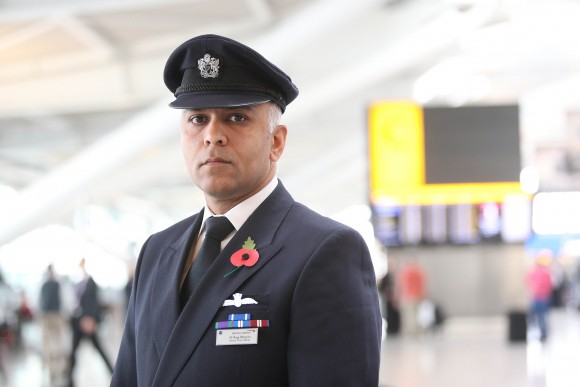 British Airways signs up to the UK Armed Forces Covenant; offers 10% discount to servicemen and women, veterans and their families

LONDON, 2016-Nov-02 — /Travel PR News/ — British Airways has become the first airline to pledge support for the military community and their families by signing up to the UK Armed Forces Covenant.

British Airways recognises it has an important role to play in supporting the Armed Forces and their families.  It has also committed to giving Reservists and military spouses in its employment the flexibility they need to allow for deployment or training schedules, and also to support Service Leavers moving into civilian roles.

To demonstrate its commitment to the Armed Forces past and present, the airline is offering a 10 per cent discount on all fares across its global network of near 200 destinations.

The discount is available to all Serving Armed Forces, Reservists, Spouses of Serving Personnel, Forces Veterans, MoD Civil Servants, War widowers and Cadet Forces (over 16) from today (November 2, 2016) and can be booked through a secure, dedicated website.

British Airways Chairman and CEO Alex Cruz, said: “This discount recognises the great service given by the men and women of the Armed Forces; we hope that it will make their well-earned holiday time with their families easier and cheaper.

“We’re proud to show our support.”

Air Vice-Marshal Chris Elliot CBE MA BSc RAF, Chief of Staff Personnel and Air Secretary, said: “I am delighted to have signed the Armed Forces Covenant with British Airways as it is an important step in further developing the strong relationship between ourselves in supporting our Armed Forces community.

“This is a very positive commitment which I know will be appreciated by our people who will benefit from that support.”

Former Royal Air Force pilot and serving reservist, British Airways Senior First Officer Dheeraj Bhasin, said: “This is a great move by the airline and something that I know will be appreciated by the military community.

“Quality time with your friends and family is so valuable, especially when you’re home from a posting, so anything to improve that experience will be welcome.

“I`m very pleased my company has taken this step to show its support.”

The Armed Forces Covenant gives companies an opportunity to show their support for military personnel in recognition of their service to the country.

Members of the Armed Forces community can simply access a dedicated website, make their booking and the discount will apply automatically.

The 10 per cent discount can be applied to any fare before taxes and charges and to all destinations operated by British Airways, in all cabins excluding First.

Other pledges from the airline in the Armed Forces Covenant include;