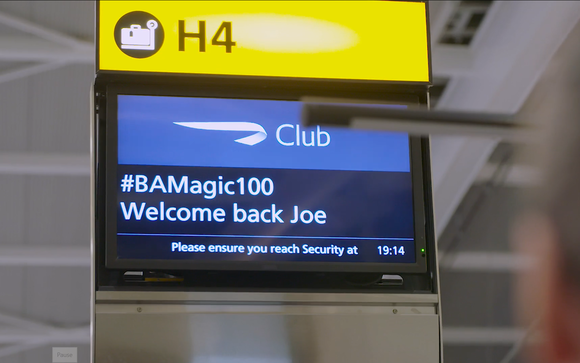 British Airways completed 100 Acts of Kindness for customers throughout 2019

LONDON, UK, 2020-Jan-03 — /Travel PR News/ — As part of its centenary year, throughout 2019 British Airways has completed 100 Acts of Kindness for customers, including once-in-a-lifetime trips and reunions, upgrades, surprise proposals and money-can’t-buy experiences.

Further acts of kindness have included granting access to the airline’s Club and First lounges at Heathrow; offering complementary champagne and upgrades to customers celebrating special occasions, visits to the flight deck, complementary tickets to rugby matches at the airline-sponsored Twickenham stadium; and free flights.

See a round-up of some of these acts of kindness captured here:

Carolina Martinoli, British Airways’ Director of Brand and Customer Experience, said: “Travel has long since had a sense of magic and awe about it and in a year when we’ve been celebrating our centenary it’s been a pleasure to deliver these 100 acts of kindness – in fact, we enjoyed it so much we ended up delivering well over 100 of them!

“It’s our customers who’ve travelled with us over our last century that have made us the airline we are today and will make us the organisation we’ll be in the future so we’ve absolutely loved playing our part in making these wonderful memories.”

The 100 Acts of Kindness were part of British Airways’ #BAMAGIC campaign. The campaign, which launched in 2017, can be viewed here.