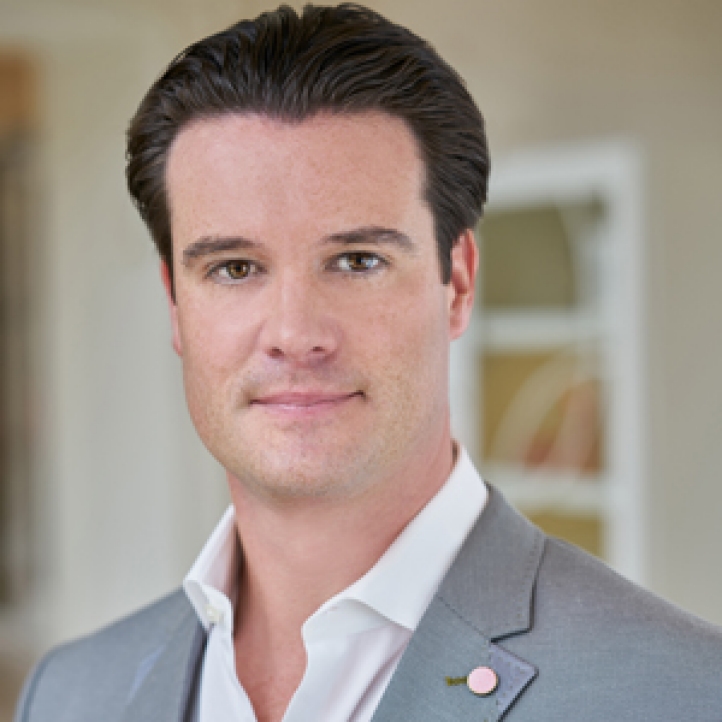 Toronto, Canada, 2017-Jul-18 — /Travel PR News/ — In preparation for the much-anticipated return of Four Seasons to Philadelphia, Ben Shank has been appointed as General Manager of the new Four Seasons Hotel Philadelphia at Comcast Center. The appointment marks an exciting homecoming for Shank, who started his career in hospitality almost two decades ago at the original Four Seasons in Philadelphia, which the company operated from 1983 to 2015. Having worked his way across the continent and up the ranks with Four Seasons positions in New York, San Diego, Maui, Scottsdale and Orlando, Shank will be returning to his hometown to take the helm as Four Seasons prepares to open its doors again in Philadelphia.

“Ben embodies the values of Four Seasons, and throughout his career has demonstrated an unwavering commitment to creating the best experiences for our guests,” said Vince Parrotta, President, Hotel Operations – Americas, Four Seasons Hotels and Resorts. “Our vision for this new Philadelphia hotel is to create something truly unique and world-class, and I can’t think of a better person to bring that vision to life than Ben.”

Commenting on the appointment, Shank said, “For more than 30 years, Four Seasons was a vibrant part of the Philadelphia community and I’m thrilled to be returning home and to have the opportunity to personally welcome back local guests and visitors. Four Seasons Hotel Philadelphia at Comcast Center will once again become the living room of this incredible city, offering a contemporary backdrop for Philadelphia’s most celebrated dining and high-profile events, as well as a jumping off point for travellers looking to experience the best of Philadelphia. The new Hotel will be a reason to visit the city in and of itself.”

Karen Dougherty Buchholz, Senior Vice President of Administration for Comcast Corporation said, “When we decided to extend our campus in Philadelphia and design a new home for our employees, we also wanted to build something spectacular at the top of our Comcast Technology Center that everyone in our city and around the world could enjoy. As we began pursuing the possibility of a hotel, we knew that there was no better partner than Four Seasons. We are delighted to be working with them, and Liberty Property Trust, to create an extraordinary hotel that will be among the finest in America.  We are also thrilled to welcome Ben back to Philadelphia and to have him join us in this journey.  Ben has been a part of the Four Seasons family for decades and has a deep understanding and respect for the Four Seasons brand and its commitment to service excellence.  Together, I think we can create something very special.”

Shank began his career with Four Seasons as a busboy at the popular Fountain Restaurant in Philadelphia before earning a degree in Hotel and Restaurant Management from Penn State University, and ultimately becoming the restaurant’s General Manager. With his keen interest and increasing experience, Shank took leadership roles in the high-energy food and beverage departments at Four Seasons in New York, Maui and San Diego, before being promoted to Resort Manager in Scottsdale.  Most recently, he served as opening Resort Manager in Orlando, where he was responsible for day-to-day operations of the 443-room hotel, including its much-lauded restaurants and bars, large spa, and extensive recreational facilities.

As a long-time fan of the Eagles, Flyers, Phillies and 76ers, Shank now returns with his young family to the place where it all began, and the exciting prospect of reintroducing Four Seasons in the City of Brotherly Love.

“Four Seasons Hotel Philadelphia at Comcast Center has been conceived and designed as the crown jewel of the new Comcast Technology Center,” said John Gattuso, senior vice president and regional director for Liberty Property Trust. “Upon its completion, it will be the most highly situated hotel above street-level in North America, occupying the top 12 floors of the 60-story building. The Hotel will offer visitors stunning views and provide a world-class amenity to this vibrant urban location.”

Construction of the new Hotel is well underway in preparation for its 2018 opening.  Just minutes from the Barnes Foundation, the Kimmel Center for the Performing Arts, Rittenhouse Square, the Financial District and The Liberty Bell, its unmatched location will allow business and leisure travellers to experience all that the city has to offer. The Hotel will be located on the 48th to 60th floors of the new state-of-the-art Comcast Technology Center, which was designed by the internationally-acclaimed practice Foster + Partners led by Lord Norman Foster, and will become the tallest building in Philadelphia standing at 1,121 feet (342 metres).  It will include 217 modern guest rooms – including 38 suites – with sweeping views of the city as well as extensive meeting and event spaces, a luxury spa and salon, and indoor pool. A restaurant and lounge on the top floor will offer 360 degree views of the city and an energetic ground-floor restaurant will invite locals and visitors alike to stop in for a drink or enjoy a meal with friends or colleagues. Four Seasons Hotel Philadelphia at Comcast Center is owned by Comcast Corporation in partnership with Liberty Property Trust.

The Comcast Technology Center, designed to achieve LEED Platinum certification, will be a sustainable mixed-use building, primarily serving as the dedicated home for Comcast’s growing workforce of technologists, engineers and software architects. The building will become a media and technology centre in the heart of the city, housing the operations of local broadcast television stations NBC 10/WCAU and Telemundo 62/WWSI and offering space for local technology startups. It is designed to accommodate progressive work styles with highly flexible interconnected open spaces intended to foster collaboration and communication. In addition to the Hotel, the new tower will also offer a variety of restaurants, fitness facilities, a collection of retail stores, public gathering spaces and access to mass transit.

Comcast Corporation (Nasdaq: CMCSA) is a global media and technology company with two primary businesses, Comcast Cable and NBCUniversal.  Comcast Cable is one of the nation’s largest video, high-speed internet and phone providers to residential customers under the XFINITY brand, and also provides these services to businesses.  It also provides wireless and security and automation services to residential customers under the XFINITY brand. NBCUniversal operates news, entertainment and sports cable networks, the NBC and Telemundo broadcast networks, television production operations, television station groups, Universal Pictures and Universal Parks and Resorts.