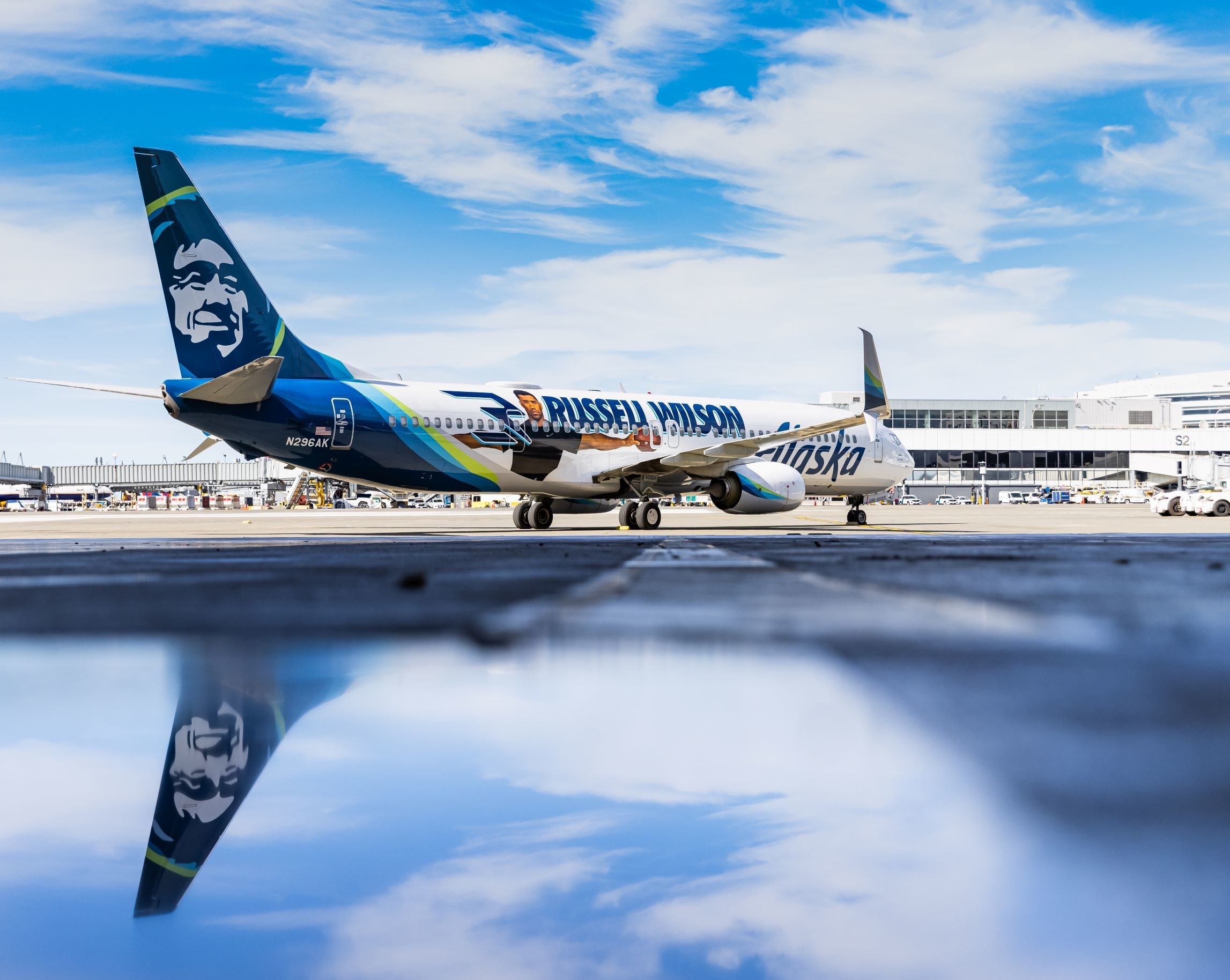 SEATTLE, WASHINGTON, 2021-Sep-14 — /Travel PR News/ — The celebration for the return of professional football continues today (Sept. 10, 2021) at Alaska Airlines, where the Seattle-based airline unveiled its fourth Russell Wilson livery. The Boeing 737-900ER aircraft was introduced to fans waiting for a flight from Seattle (SEA) to Indianapolis (IND), where Alaska’s Chief Football Officer is set to take the field in his first game this season.

“When we can celebrate Russell Wilson in the stands and in the skies, that’s a win-win,” said Sangita Woerner, senior vice president of marketing and guest experience for Alaska Airlines. “We’re proud to honor the passion and dedication of our Chief Football Officer with this special aircraft, and we’re excited to see him soar all season long.”

This new theme features a larger-than-life Wilson and is the fourth livery to celebrate Alaska’s Chief Football Officer. Wilson and Alaska have enjoyed a relationship that began in 2013 after his rookie year playing professional football. Football fans who wear a Russell Wilson No. 3 jersey or a limited edition Alaska’s Russell Wilson shirt (available from the Alaska Company Store) can boarding early for all Seattle (SEA) and Everett (PAE) departing flights for the duration of the football season.

The plane, tail number N296AK, will fly throughout Alaska’s network all season long. Keep an eye out for additional Russell Wilson and Alaska fun this football season by following Alaska Airlines at @AlaskaAir.

Alaska Airlines and its regional partners serve more than 120 destinations across the United States and to Mexico, Canada and Costa Rica. The airline emphasizes Next-Level Care for its guests, along with providing low fares, award-winning customer service and sustainability efforts. Alaska is a member of oneworld. With the global alliance and the airline’s additional partners, guests can travel to more than 1,000 destinations on more than 20 airlines while earning and redeeming miles on flights to locations around the world. Learn more about our climate impact goals at blog.alaskaair.com. Read about Alaska Airlines at newsroom.alaskaair.com and blog.alaskaair.com. Alaska Airlines and Horizon Air are subsidiaries of Alaska Air Group (NYSE: ALK).