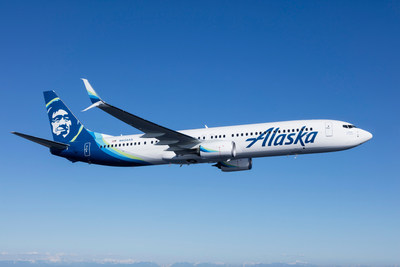 Since merging with Virgin America, Alaska Airlines has announced unprecedented growth from the West Coast, adding a record 37 new markets to date.

“We thank the U.S. DOT for its efforts to increase competition in highly desirable markets like Mexico City,” said John Kirby, vice president of capacity planning at Alaska Airlines. “With our new service to Mexico City, we continue to grow our footprint in California by offering our valued guests nonstop flights to nine popular destinations throughout Mexico, more than any other U.S. carrier from California.”

With the new service, Alaska serves nine Mexico destinations from California including Cancun, Ixtapa/Zihuatanejo, Loreto, Los Cabos, Manzanillo, Mazatlán, Puerto Vallarta and Guadalajara. Alaska began flying to Mexico in 1988 and operates 96 flights a week—more than any other U.S. carrier from California. Alaska previously served Mexico City from 2005 to 2015.

The Mexico City flights will operate using fuel-efficient Boeing 737 and Embraer 175 aircraft. Onboard, guests will enjoy Alaska’s award-winning service, along with features to help make the most of their flight. Alaska Beyond Entertainment offers free movies direct to customers’ own devices. Other onboard amenities include a selection of food and beverage inspired by local chefs, custom leather seats with adjustable headrests, and power outlets throughout the cabin.

Alaska Airlines, together with Virgin America and its regional partners, flies 40 million guests a year to 119 destinations with an average of 1,200 daily flights across the United States and to Mexico, Canada, Costa Rica and Cuba. With Alaska and Alaska Global Partners, guests can earn and redeem miles on flights to more than 900 destinations worldwide. Alaska Airlines ranked “Highest in Customer Satisfaction Among Traditional Carriers in North America” in the J.D. Power North America Satisfaction Study for 10 consecutive years from 2008 to 2017. Alaska Mileage Plan ranked “Highest in Customer Satisfaction with Airline Loyalty Rewards Programs” in the J.D. Power 2016 Airline Loyalty/Rewards Program Satisfaction Report for the last three consecutive years. Learn more about Alaska’s award-winning service and unmatched reliability at newsroom.alaskaair.com and blog.alaskaair.com. Alaska Airlines, Virgin America and Horizon Air are subsidiaries of Alaska Air Group (NYSE: ALK).