Singapore, 2014-04-17 — /Travel PR News/ — Agoda.com, one of Asia’s leading hotel booking sites and part of Nasdaq-listed Priceline Group (Nasdaq:PCLN), is offering a list of fantastic hotel deals in Madrid to celebrate the San Isidro Festival, one of Spain’s most venerated holidays.

Celebrated on 15 May, the festival honors the patron saint of Madrid, Isidore the Laborer, with parades, food, concerts, and performances ranging from puppet shows to bull fighting. Locals dressed in traditional costumes – called Chulapas and Chulapos – prepare all manner of Spanish food for a giant picnic in San Isidro Park. It’s the perfect chance to see this historic European city at its most colorful and enjoyable.

The festival’s history is a long and interesting one, and Isidore himself is an important facet of the city’s identity. Born into a poor farming family in the early 11th century, he gained a following due to his piety and concern for the poor. He is said to have performed several miracles, and was canonized as a saint in Rome in 1622. For these reasons he is considered the patron saint of farmers, peasants and laborers.

One of the most important elements of the festival is a visit to the shrine of San Isidro, where the faithful drink from a fountain which is said to have healing powers. Another popular event is the parade, which carries statues of Isidore and his wife at its head, marching through the streets from Calle del Sacramento to the Plaza de le Villa.

The festival is also a great time to see Spain’s most controversial sport – bullfighting. Held at the iconic Las Ventas arena, bullfights can be seen every night during the festival, the noise and cheering crowd resembling a concert as thousands applaud their favorite torero (bullfighter).

You may also be interested in:  Agoda.com hotel reviewers survey: Russians emerged as the most generous, while travelers from the UAE are the most demanding

Beyond the festival, Madrid’s reputation as one of the world’s finest places for historical, artistic, and cultural experiences is evident on every corner. The famous Puerta del Sol plaza is one of the best places to shop, sightsee, and watch crowds of tourists and locals alike go about their business. Other must-see attractions are the magnificent Palacia Real (Royal Palace), the sprawling El Retiro Park, and the museum district, where one can see everything from Botticelli masterpieces to the oldest known map showing North America.

To get the most out of a stay in Madrid for the San Isidro Festival, check out some recommended hotels and great deals below, and get ready to see Madrid in style. 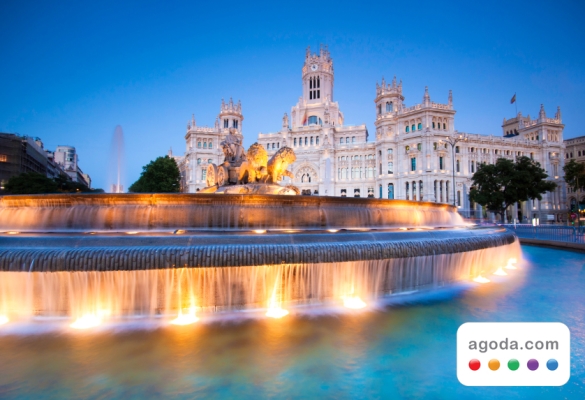 Agoda.com announces its list of fantastic hotel deals in Madrid to celebrate the San Isidro Festival